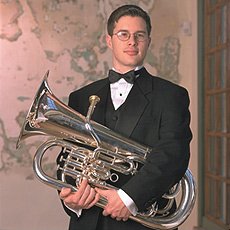 The past few years have been a very busy time for Mr. Frey with concert appearances in Europe, America, and Austral-Asia with orchestras, wind bands, brass bands, and as a solo recitalist. While at the University of Georgia, Adam was awarded the Presser Foundation Scholar and received 1st Prizes at the Leonard Falcone International Euphonium Competition and the Music Teachers’ National Association Wurlitzer Competition, and 2nd Prize at the ”Verso Il Millenio” International Euphonium Competition in Riva del Garda, Italy. In 1999, Adam earned noteworthy acclaim with competition successes at the British Euphonium Baritone Conference (UK), the Tubamania International Competition (Australia), the 15th Annual Japan Wind and Percussion Competition (Japan), and at 1st Cheju Brass Solo Competition (South Korea).

In March 2001, Mr. Frey also gave the American premiere of the Vladimir Cosma Euphonium Concerto with the Fort Collins Symphony Orchestra and received 1st Prize for his performance. He was also named a Finalist in the prestigious 2001 Concert Artists Guild International Young Artist Competition in New York City As a clinician and lecturer, Adam has appeared at the RNCM Brass Day, the British Association of Symphonic Bands and Wind Ensembles (BASBWE), Texas Music Educators, and Tennessee ME Conferences. He has also presented a number of master classes and guest recitals at universities and magnet arts schools across the United States and presented the first euphonium master class and guest recital at the Luzern Conservatorium in 1998. In 2000, he served as the Temporary Instructor of Euphonium and Tuba at the University of Georgia and performed with the Georgia Brass. He will also serve as a clinician at the 2003 Texas Music Educators Conference. Adam Frey is a Yamaha Performing Artist and Guest Clinician. 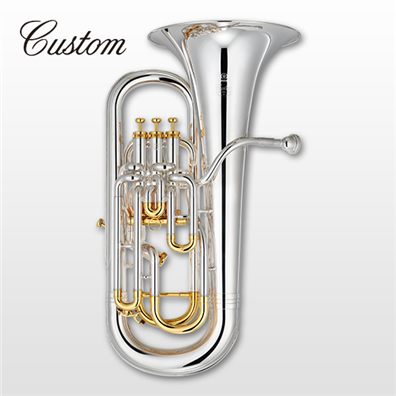