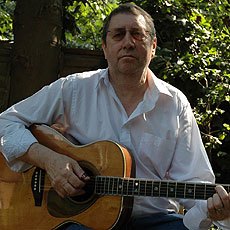 Hitch-hiking from his native Edinburgh to the bright lights of London, Bert began performing his unique mix of folk, blues and jazz at venues like The Marquee, The 100 Club and Les Cousins. Legend has it that his first album, played on a borrowed guitar and recorded in an apartment, was sold to Transatlantic for £100. Causing a sensation on its release in 1965, the album ‘Bert Jansch’ has been phenomenally influential with a host of big names citing it as a major influence.

Bert’s live performances are a rare opportunity to see a true legend in action. His low-key, understated approach shuns the commercial attitude of the music industry, just providing great musicianship and great songs.